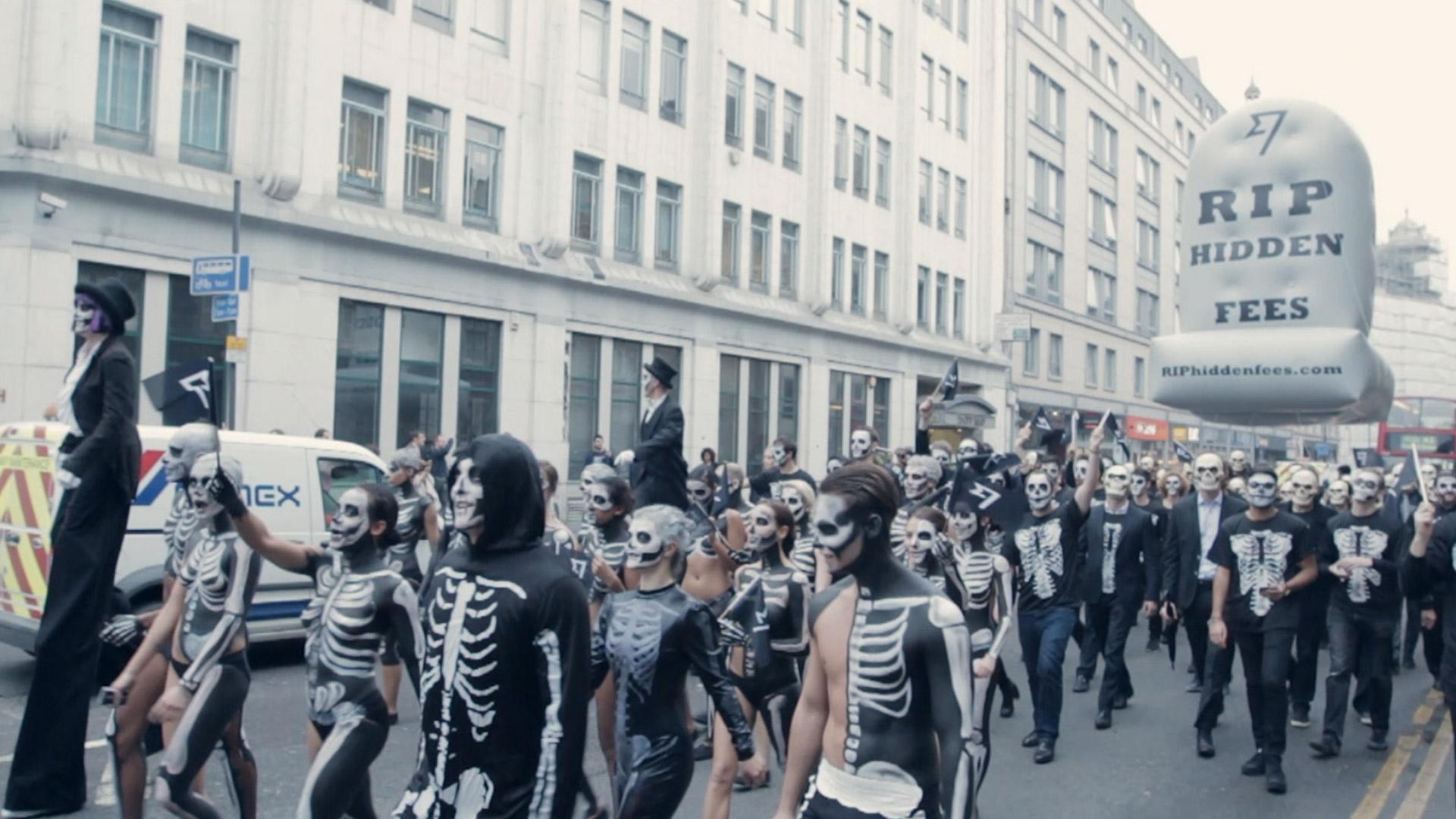 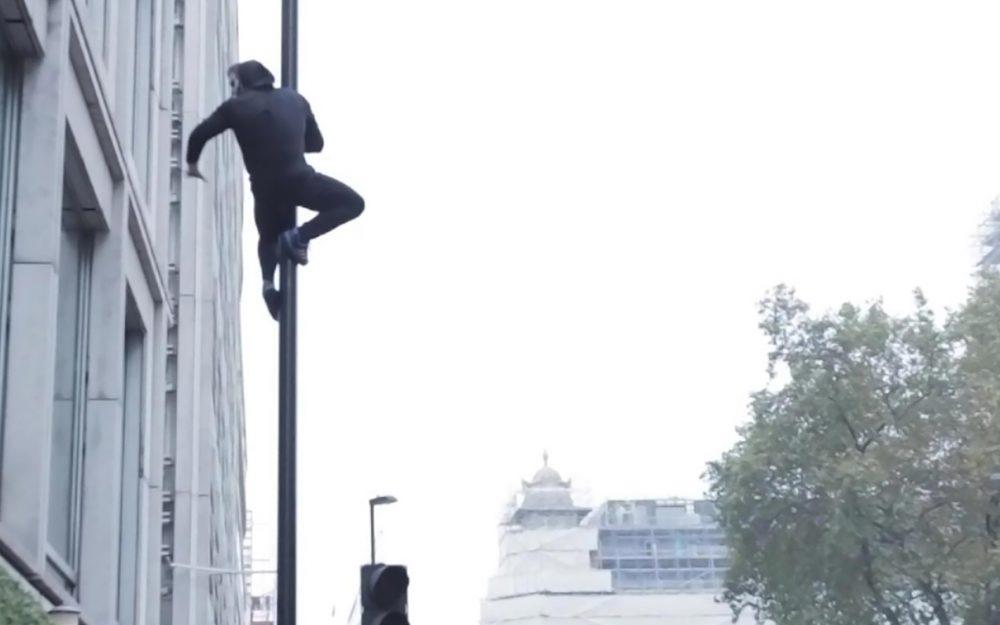 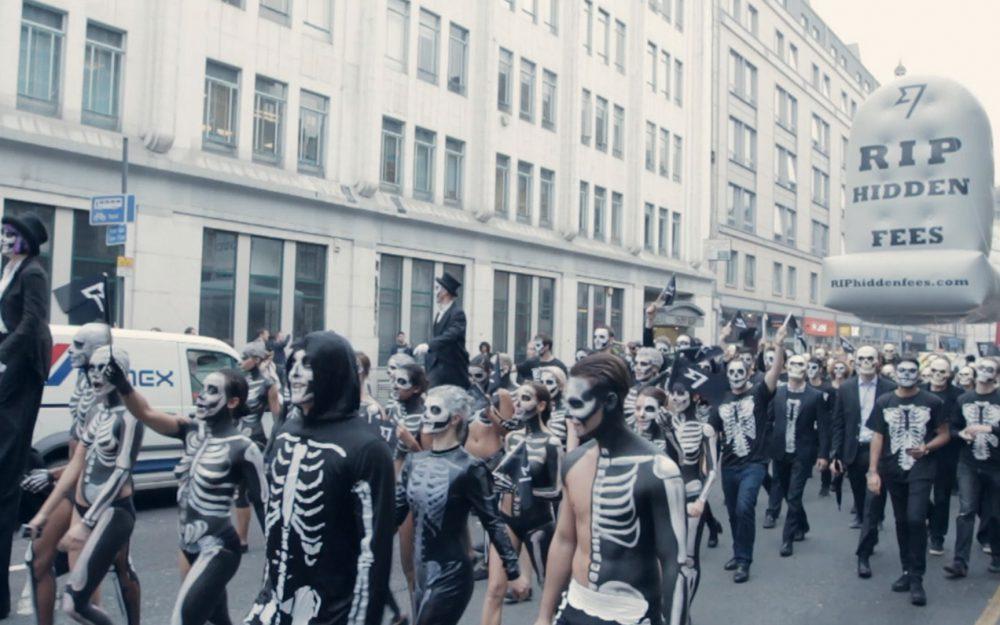 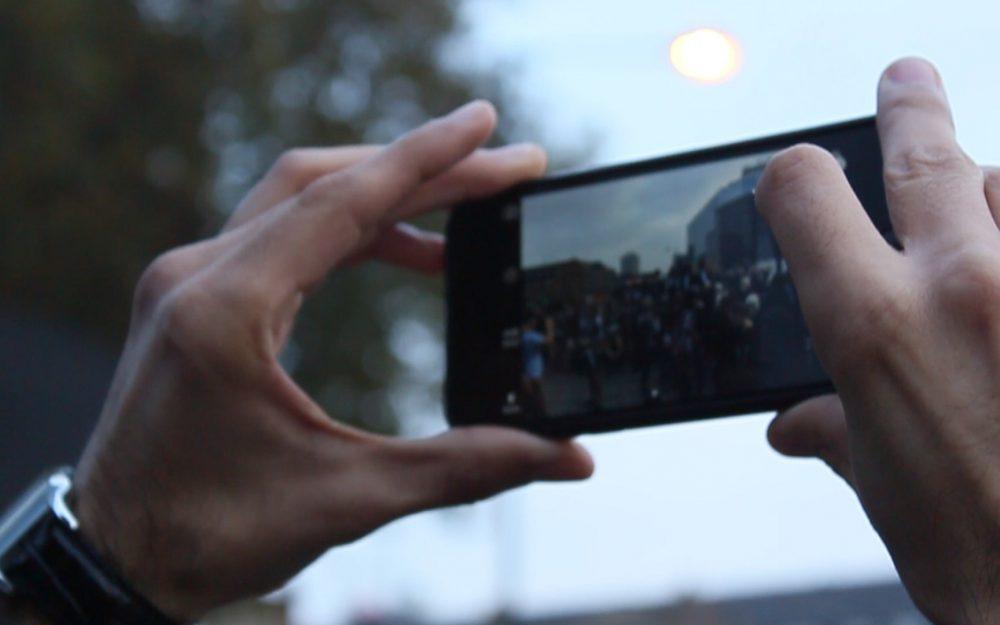 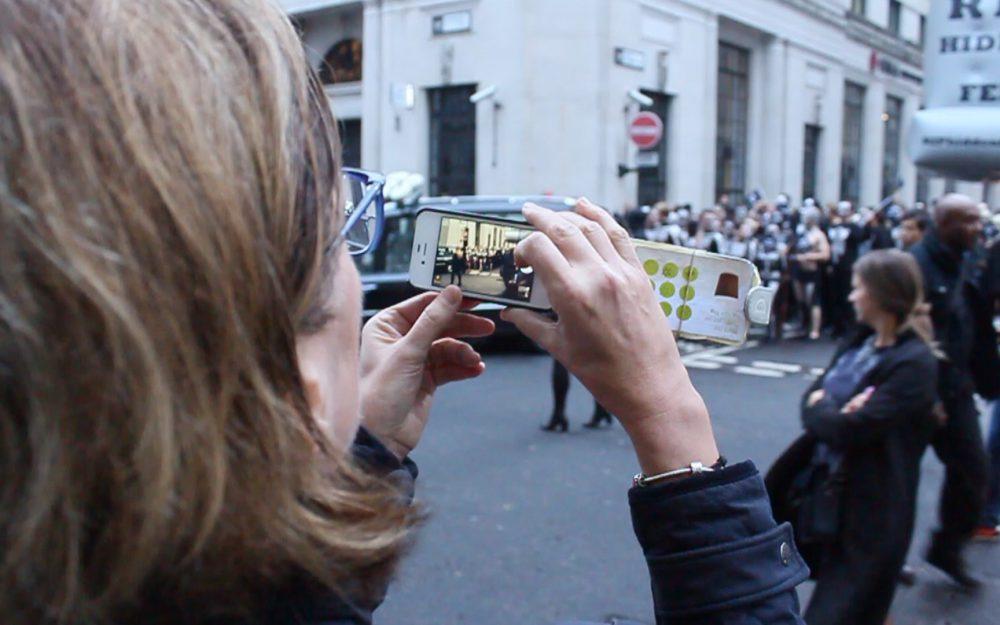 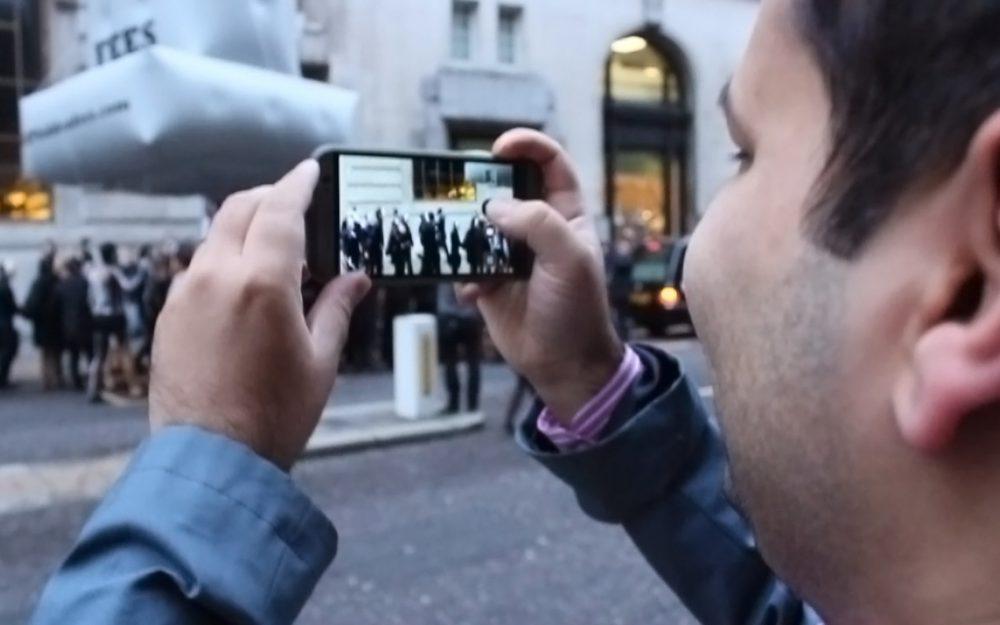 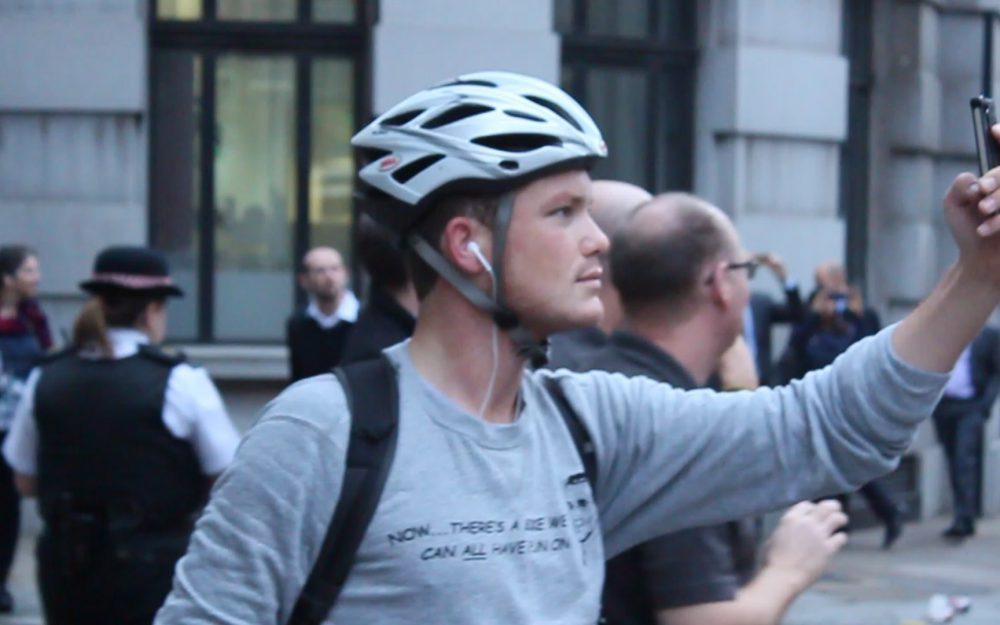 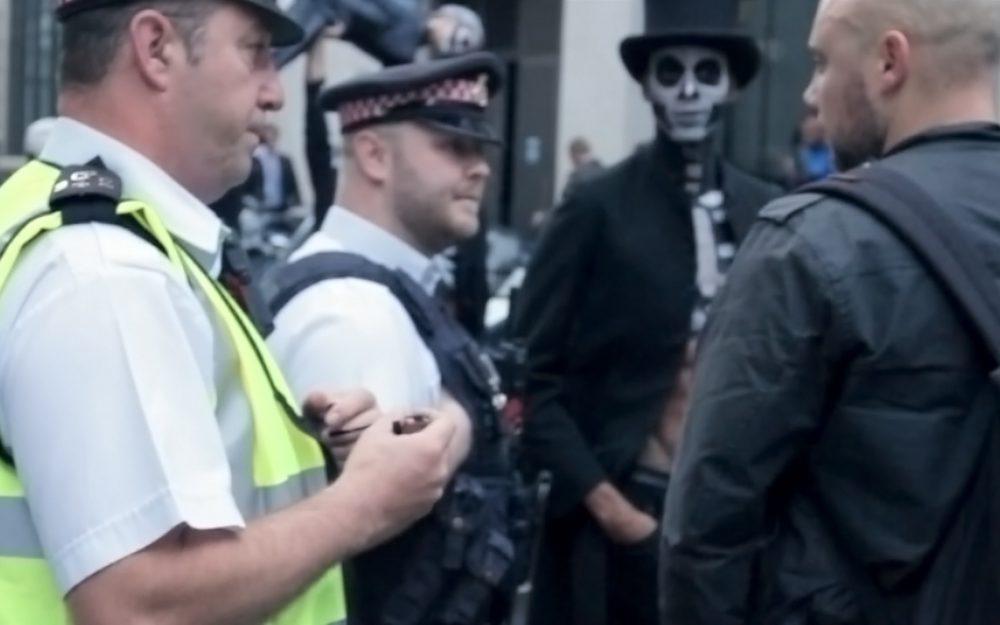 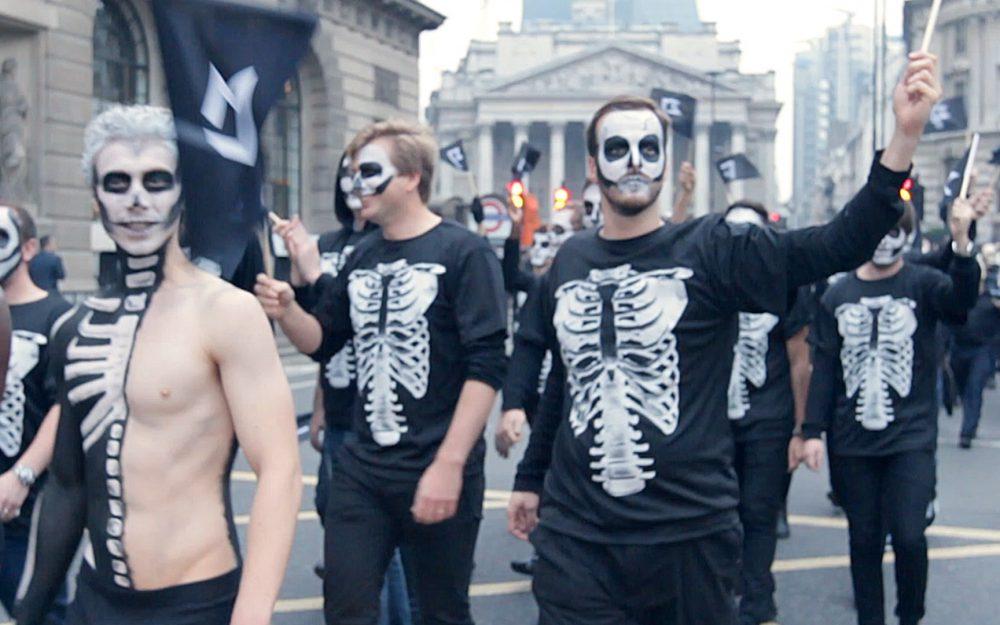 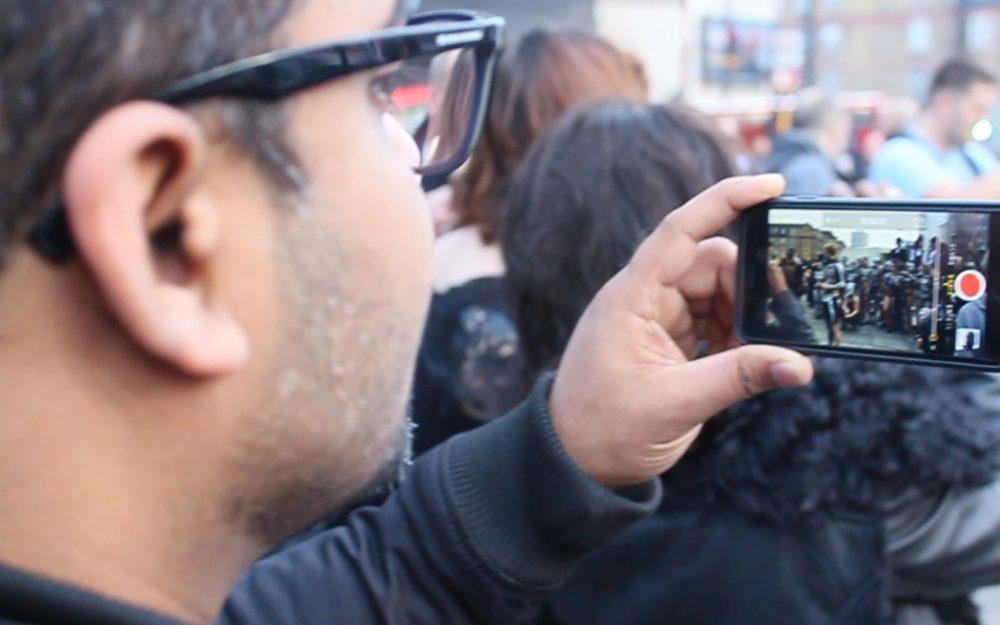 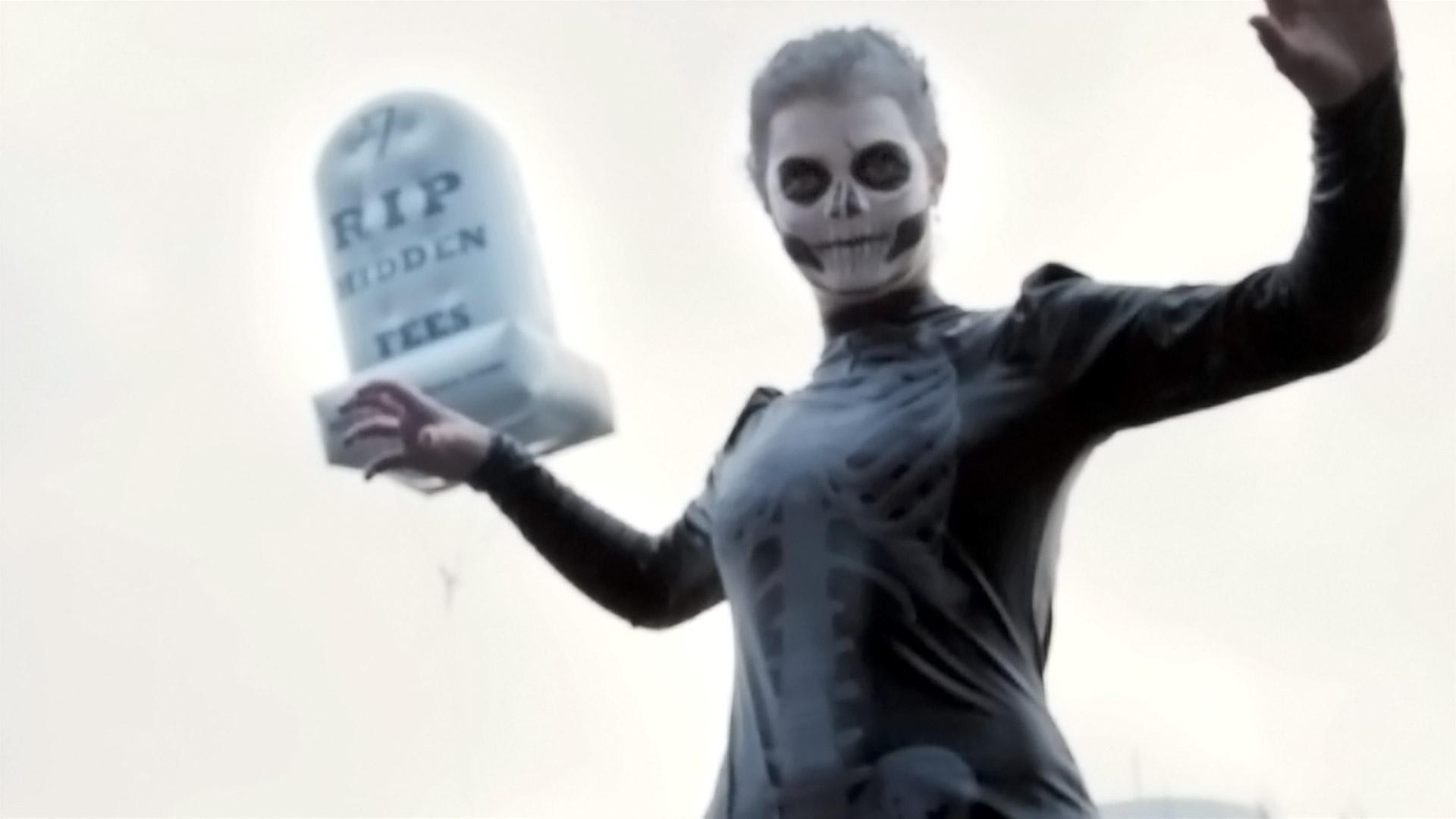 TransferWise is a money transfer service that has ripped up the rulebook by introducing a fairer, smarter way to send money abroad. Working closely with marketing agency House of Experience, they wanted to gain media attention through customer engagement.

Nick Franco of 1185films worked with Daniel Suava of TransferWise. The initial brief was simply to capture a ‘Day of the Dead’-style stunt, the day before Halloween. The event involved filming 100 ‘protesters’ who appear to rampage the city streets while barely dressed, reflecting the fact they have ‘nothing to hide – no hidden fees’.

1185films had the challenge to create an engaging video shot on London’s streets showing the participants and spectators’ reactions. It had to be shot and edited in just one day, with the intention of creating a film that would quickly go viral.

We had worked with House of Experience before and they were confident that we would deliver something impressive. It was an exercise in guerrilla filmmaking. As we had no control over

the event we were effectively merely passengers on the rollercoaster ride of our client’s creative vision, reacting as proceedings unfolded.

What we successfully captured on film was the intense energy of this stunning and sudden shoot. Within twelve hours of the film’s release on their Facebook page our film had engaged 225,000 viewers, and within 48 hours the campaign had truly gone viral with 725,000 views.

DOWNLOAD CASE STUDY
We use cookies to ensure that we give you the best experience on our website. If you continue to use this site we will assume that you are happy with it.OK