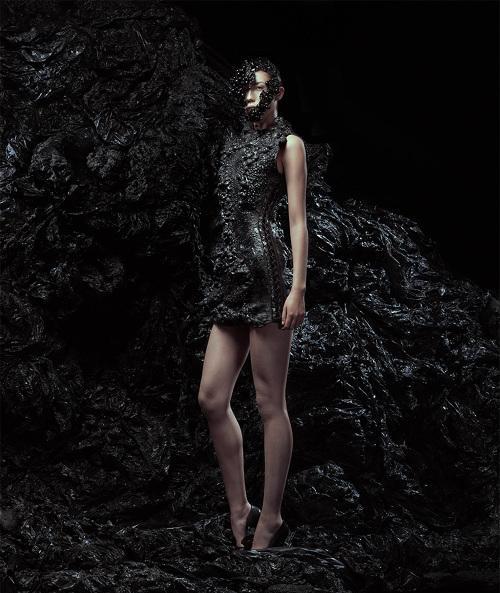 Meet the man who creates costumes for Lady Gaga.

London based Serbian designer Marko Mitanovski turned heads at London Fashion Week 2015 when he sent models down the catwalk covered from head-to-toe in black paint. Now we capture that same Gothic spirit with this 15 second film showcasing the designer who has adorned Lady Gaga.

For this shoot, 1185films worked closely with photographer and creative director Woland. The set was originally created for still photos, but we extended it in post-production to create this edgy Instagram film.

Marko’s clothes are works of art and the piece that Woland photographed has a volcanic feel, as reflected in the textured set. We wanted to capture the beauty and excitement of his work, and we think that this was successfully achieved.